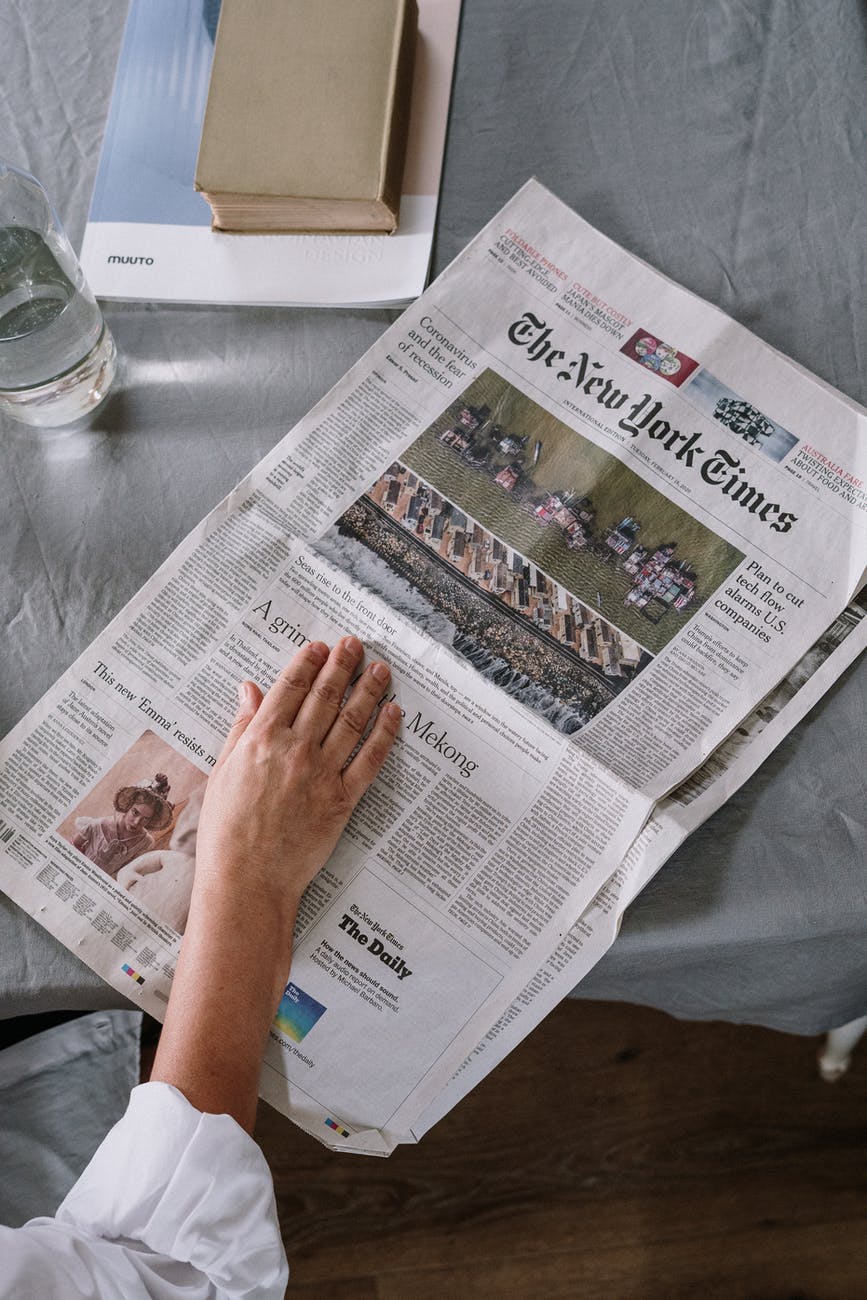 Mainstream media has been on a steady decline for several years now, with trust reported in the US to be down to 41% in late 2019 (1). The rise of the internet, the rigidity and unwillingness to abandon the old way of reporting, and the ever increasing clickbait-ridden titles and opinionated reporting has eroded the trust of the public.

Who among us has went looking for some simple article on a newsworthy event and had to click through multiple ads and an incendiary headline only to find none of the information goes deeper than what a cursory Google search could have told us?

The new world of media has left many of the large institutions reeling, trying to find a purchase on the steep cliff face they find themselves now sliding down.

But it has also left the public wanting, with a desire for real news and facts about what is going on in the world more pressing than ever.

And nowhere can this be better seen than the current COVID-19 crisis.

It could have been the perfect storm for reporting. The media, who have been dashed in the public eye, had the chance to report on a single global issue, one that that everyone was interested in.

How often does that happen?

And yet, the old tropes of pandering to a vocal minority of readers, opinion pieces ran as real journalism, and Trump induced clickbait titles raised their ugly heads again.

Timeline of Events – The Looming Storm

COVID-19 is the name given to the viral strain ‘Severe Acute respiratory Syndrome Coronavirus 2’ or SARS-CoV-2. It first appeared in Wuhan, in the Hubei province of China, in early December 2019 according to most estimates (3).

On 31 December 2019, China alerted the World Health Organisation (WHO) to the spread of a mystery disease in Wuhan. At this time, the cause was stated as unknown.

A day later, on 01 January 2020, the Huanan seafood market was closed, under suspicion of being the source of this mystery disease. A week later, a novel coronavirus was identified as the cause of the outbreak.

It was not until 21 January 2020 that human to human transmission was confirmed by the WHO.

At this point, the signs were present that a new infectious disease could be posed to spread throughout the world.

What should the response be to such a possibility? We haven’t been faced with it before on such a global scale (at least not in our lifetime – see Spanish Flu), but there are some models and some early warners to go off. Here’s a Ted talk from Bill Gates back in 2015 where he calls a viral outbreak, the ‘greatest risk of global catastrophe.’

It was clear to some vocal minority that this was a pending catastrophe. There was early talk of cancelling large events (SXSW Festival in Texas), introduction quarantine measure for those returning from affected countries, and border closures.

How Fast Can a Virus Spread?

Consider how a virus spreads.

Respiratory virus’s such as Influenza or COVID-19 spread via droplets that are expelled when someone coughs or sneezes. These droplets can land on another person’s clothes, hands or face, a surface. In this way, it is said to be transmitted through direct contact (4).

That means that one person can infect multiples others, who can go on to do the same, resulting in an exponential spread through contact with an infectious person.

The problem this poses in the modern world is that we are more connected than ever, physically as well as electronically. You can jet hop from Europe to Australia, to the USA in a week, and business travel between these places is at an all time high.

With this super-connected world, the possibility to reduce and close off travel and movement to places would have to have been an option on the table to discuss.

With the little that is known about this virus, perhaps caution would have been prudent. There were even some early warners, some canaries in the coal mines so to speak.

Blowing in the Wind – Media Response

But as soon as the mutterings started about this virus spreading, and what the USA and Canada could do to stop the spread in it’s tracks, two things happened. There was a huge increase in people looking for information, for good information, on what they could do to protect themselves against it.

And the opinion pieces started again.

There was a huge up-tick in people looking for answers, from all demographics.

But we saw agenda ridden reporting rising to chomp at the bit, with headlines flavoured with hints of xenophobia driven responses, and what this would mean.

Shutting down travel to and from China and other affected regions wasn’t seen as a measure to combat the spread of this new disease, it was xenophobic and racist (8). Worrying about the coronavirus wasn’t a healthy unease at this new unknown, it was an overreaction and a step to far (6)(7). Early reporting focused on that fact that the flu is far deadlier, which killed up to 60,000-80,000 Americans in 2017/2018 (6). COVID-19 has just passed the 60,000 mark in America, after a 3 month spread. Whatever can be said about all this, it was said without data initially.

The same media outlets are now bemoaning the powers that be for not having a stronger initial response, closing borders earlier, having stores of PPE ready. It’s worth noting that there were some outlets, or some individual reporters, who had a balanced response to providing information to the public during this time. But in the cacophony of screeching opinion, it’s easy to get drowned out in the noise.

With the huge shift in media attitude with the COVID-19 pandemic hitting the USA and Europe, it becomes clear that there was no objective journalism going on- they were just blowing in the wind.

The media had the chance to take back some of the remit they used to have as purveyors of information, and to do so in a time of national crisis. And they didn’t take it.

They didn’t take that chance, and in a society where many institutions once firm foothold has become ever more precarious, that may be a fatal misstep.